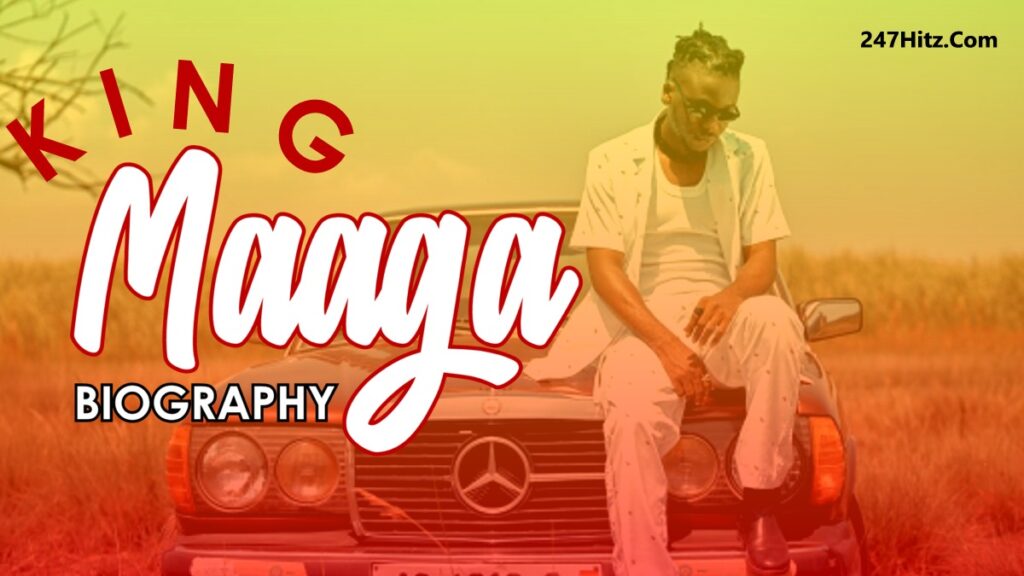 King Maaga Biography, Accra - Ghana | Tipped as one of the exploding  afrobeats artists to hit 2022 and endorsed by top musicians like Popcaan, I brin

King Maaga Biography, Accra – Ghana | Tipped as one of the exploding  afrobeats artists to hit 2022 and endorsed by top musicians like Popcaan, I bring to you King Maaga Biography. You will get all the answers to your questions about who King Maaga is, his real name, songs, videos, girlfriends, telephone number and more.

King Maaga Biography and Net Worth

Felix Quaye-Larbi popularly known as King Maaga is a Ghanaian afrobeat reggae dancehall artist and songwriter. He is regarded as one of the fast-rising Afro dancehall artists in Africa.

Felix was born on May,19, 1994 in Asamankese, Eastern Region. This means that he will be 28 years old in May 2022. He is the son of a Ghanaian father and Ghanaian mother.

SEE MORE: All You Need To Know About Neptune3 Studios, Producers of Best Friends In The World.

During his teenage years, King Maaga was employed at a barbering shop in Akwatia. He began radio presenting at the age of 19 and later worked at a restaurant as an assistant. Upon being an assistant for his godfather's (Jefri king)  mum in her restaurant, he recommended that his buddy joins MTN hitmaker, a reality TV show sponsored by MTN Ghana.

“When I started started music I went back to barbering.” – King Maaga

He became a barber in order to escape to support himself financial and also fund his music career.  According to the afrobeats star, barbering was his only way to earn enough money to escape his dire situation and support his passion for music.

SEE ALSO: How to Get Vodafone Cash Loan in Ghana.

In 2016, King Maaga got the opportunity to participate in the MTN hitmaker 5 reality TV show where he proved to the world he had raw talent. He was however crowned 2nd at the end of the competition.

Kaywa, a Ghanaian producer and a beatmaker who was also a judge at the time he participated in the reality TV show brought him under his umbrella of artiste management together with other artistes to his record label “Highly Spiritual”. Golden Empire Legacy Records was later in talks with him to join them , which didn't happen. Information about that was not made public.

In 2021, King Maaga was signed unto A-Star Records, a record label that takes their music business serious. He released his first song under A-Star Records in December 2021. The song has received repeated airplays and trended on social media. Many celebrities and influencers have also used the song in their YouTube shorts and tiktok videos. This proves how talented King Maaga is when it comes to music.

ALSO READ: How to Summon the God of DBee for A Girlfriend Now.

He has released a couple of songs since he came into the limelight including his A-Star Records debut. See below a list of all King Maaga songs; both singles and featured. How many of them have you already listened to? Update your playlist with his amazing song now!!

King Maaga has released many music videos which are doing well on YouTube. He has accrued a lot of followers and views.

It was rumoured that King Maaga was dating Stonebwoy's OV but he denied it being true. He said OV was just a friend and they had nothing going in between them.

You can follow King Maaga on the following social media handles. These are the official account of King Maaga any different one is an imposter.

For all bookings and enquiries, kindly contact A-Star Records Management via [email protected].

If you have any information about King Maaga Biography and Net Worth that we have not added in this article, kindly send it via [email protected].

We love reading your comments. Kindly leave your contributions in the comments box provided below. Tell us what you think about King Maaga Biography and Net Worth.

Kindly share this article on social media, whatsapp groups, forums and other instant messaging apps to spread the word to others. Subscribe to 247Hitz.Com notifications to receive the latest news and updates on your device as soon we publish them.