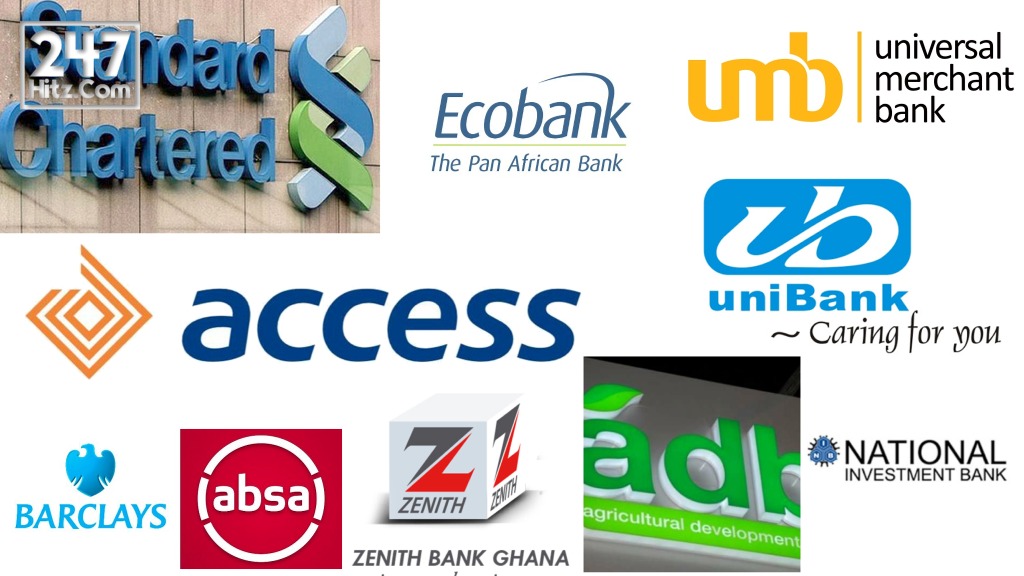 Full List Top 10 Banks In Ghana | The Bank of Ghana (abbreviated as BoG) is the central bank of Ghana. It is located in Accra and was formed in 1957. The bank is active in developing financial inclusion policy and is a member of the Alliance for Financial Inclusion. In This Post: Full List of Top 10 Banks In Ghana1. GCB Bank Limited2. Ecobank Ghana (EBG)3.

Full List Top 10 Banks In Ghana | The Bank of Ghana (abbreviated as BoG) is the central bank of Ghana. It is located in Accra and was formed in 1957. The bank is active in developing financial inclusion policy and is a member of the Alliance for Financial Inclusion.

Headquartered in Accra, GCB Bank Limited adopted its current name in 2013, after being formerly known as Ghana Commercial Bank. In 1953, the bank was founded as the Bank of the Gold Coast to serve local traders, businessmen, and farmers. It currently offers a wide range of financial products and services to its customers, which include individuals, small- and medium-sized enterprises, parastatal companies, and large corporations.

Ecobank Bank is a member of the Ecobank Group, which operates in 36 countries in Africa. EBG was the first of the banks in Ghana to receive a universal bank license from the country’s central bank. It started its operations in 1990 after Ecobank Transnational wholly acquired The Trust Bank.

The bank provides payment and transfers, cards and loans, bancassurance, e-products, microfinance, investment products, and Hajj financial services. It operated 77 branches and employed 1,611 staff as of 2016.

Zenith Bank Ghana is a subsidiary of Zenith Bank Plc, a Nigeria-based multinational financial services provider. The bank started its universal banking operation in 2005, offering top-of-the-line banking services to individuals and corporations across the country.

Headquartered in Accra, Zenith oversees 34 business locations (branches and agencies), as well as a number of POS terminals and ATMs. It is also one of the banks in Ghana providing mobile banking and real-time internet banking services.

The financial services group manages a network of more than 70 service outlets across the country, consisting of 56 branches, two Premier suites, nine Prestige Centers, three agencies, as well as 165 ATMs.

An Act of Parliament created the Agricultural Development Bank (ADB) in 1965 to serve the banking needs of Ghana’s agricultural sector. In 1970, the bank renamed itself from Agricultural Credit and Co-operative Bank after it received full commercial banking powers.

Based in Accra, the government-owned development and commercial bank oversee a network of 64 service outlets located across the country, consisting of 50 branches, ten agency offices, and four Farm Loan Offices. It employs 1,197 staff.

Incorporated in 1997, uniBank Ghana received its banking license in 2001 and started offering financial services primarily to individual customers and small- and medium-sized enterprises. In 2009, the privately-held bank expanded into mobile and Internet banking.

In March 2018, the Bank of Ghana took over uniBank and named KPMG as administrators for the bank for six months, following the financial institution’s repeated failures to meet liquidity and reserve requirements.

As of 2017, the bank managed a network of 55 branches in nine out of the country’s ten regions.

SEE ALSO: Ghanaian Rap Gem Sarkodie Is Set To Launch His First Book About His Life.

Société Générale Ghana (SG), formerly known as Société Générale – Social Security Bank (SG-SSB), started operating as one of the banks in Ghana in 1977. Incorporated in 1975 under the name of Security Guarantee Trust Limited, the bank currently operates as a subsidiary of the Société Générale banking conglomerate.

In 2004, the bank renamed itself as SG-SSB, following Société Générale’s acquisition of a 51% controlling stake in the financial services provider. In 2013, the company adopted its current name after gaining its shareholders’ approval.

Headquartered in Accra, it oversees 42 branches across the country.

Fidelity Bank of Ghana, formerly known as Fidelity Discount House, received its commercial banking license in 2006. The bank offers personal, commercial, and wholesale banking products and services. As the fastest growing of indigenous banks in Ghana, it also serves the country’s unbanked and underbanked population through its Financial Inclusion Directorate unit.

Based in Accra, the bank operates a network of more than 80 branches and 112 ATMs throughout Ghana.

READ MORE: Top 7 Ways to Make Money As A Blogger.

State-owned National Investment Bank (NIB) currently operates as a universal bank in Ghana with a focus on development/commercial banking services. The bank also serves as a major lender to the country’s agro-processing, building and construction, manufacturing, and service sectors.

In 1963, the Ghanaian government established the NIB as a national development bank to promote and boost rapid industrialization in the local economy. Based in Accra, the bank currently manages 49 branches and three agencies across the country.

In 1972, Universal Merchant Bank Ghana Ltd began operating as one of the leading merchant banks in Ghana. In 2005, the bank received its universal banking license and started offering retail banking products and services. It operates through its Personal, Private, Business, Corporate, and Internet Banking segments, with Treasury, Trade, and Credit departments.

For the full list of All Banks in Ghana, check out this article we wrote earlier. You will get to know all the 28+ banks in Ghana.

Did we miss any bank in our list of Top 10 Banks in Ghana? We would like to know what you think about the article above. Share your thoughts and comments below!

Do you love this article? Subscribe to our newsletters and notifications to receive the latest music video and news updates on your device as soon as we publish them. Share this article with your friends, families, and loved ones to help it reach others on the various social media platforms. Thank you!
Source: 247Hitz.Com Curated from CoperateFinanceInstitute.Com