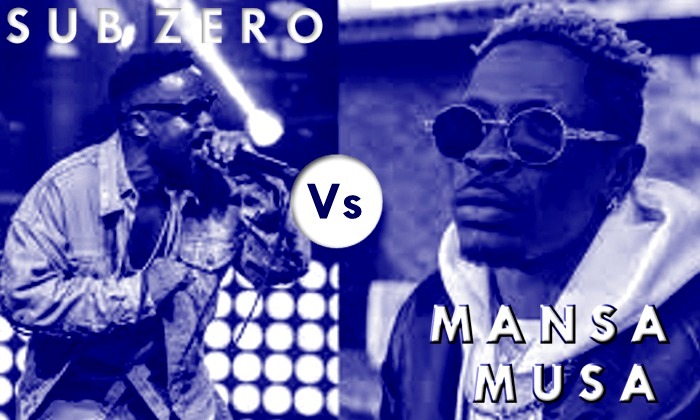 I Will Blame Reggie Rockstone for Sarkodie Sub Zero Song – Shatta Wale | Sarkodie released a new single recently to address some issues that have been sending negative energies towards him. In the late hours of Monday, 6th April 2020. He called it “Sub Zero” referring to himself as the Mortal Kombat video game character.

The song really caused a stir within a few hours of its release making Sarkodie trending on the various social media platforms.

Shatta Wale has in an interview today, 7th April 2020, reacted to Sarkodie – Sub Zero song which was released yesterday and he made some really intriguing points. Is Shatta Wale just reacting that way because he’s no longer in talking terms with Sarkodie or it’s coming from a neutral ground view?

In Shatta Wale’s interview with TV3 Ghana, he said: “If Sarkodie is interested in beef at this time of the year when people are dying then I’m disappointed…”. His point is that Sarkodie regardless of anyone he has a feud with should have considered the fact that we have been hit by a pandemic before releasing his Sub Zero song which was rumored to be a diss song to Asem and Ball J.

He also added, “I thought he would rather be donating some few things to some needy people”. Shatta Wale is indirectly saying Sarkodie is heartless and doesn’t care about the welfare of others. This is because there have not been any pictures or stories of Sarkodie donating anything to anybody during this coronavirus crisis.

READ MORE: Medikal And Fella Makafui To Donate Items to Support The Fight Against Coronavirus.

Aside from that, he made mention that he wouldn’t blame Sarkodie for all the above but he would direct the blame to Reggie Rockstone for introducing rap in Ghana. In his own words, he said: “and you see, RAP, RAP, RAP, our elders don’t even like rap, they prefer Highlife so rap is not even going to stand strong”. Shatta Movement King believes that, out of the Ghanaian population, the majority of music listeners are the elder. This I don’t think is true maybe it used to be.

From a neutral perspective, Shatta Wale made some valid pointed. When you take what he has said into critical thinking, one would realize that even if his allegations are not true that what Sarkodie has done so far depicts some of them.

Meanwhile, many Ghanaians have listened to Sarkodie – Sub Zero song and have analyzed the lyrics of the song carefully. According to them, the intro of the song was directed to ASEM, a Ghanaian musician and a beatmaker who is no longer relevant in the industry. It was also accessed that parts of the song, was referring to Ball J another Ghanaian musician and a beatmaker while others claim he (Sarkodie) threw some punches at his once friend – Shatta Wale.

Do you love this article? Subscribe to our notifications for real-time updates of the latest news and more as soon as we publish them. Share this article “I Will Blame Reggie Rockstone for Sarkodie Sub Zero Song – Shatta Wale” with your friends, families, and love ones on all the various social media platforms.