B.E.T Awards Nominations Out! Ghana Is Out Again. 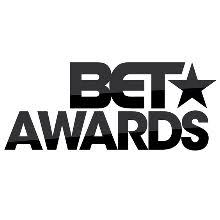 America's leading award scheme, The Black Entertainment Television (B.E.T.) has released the nominations of the annual awards show. This year's edition marks the 40th anniversary of Black Entertainment Television as well as the 20th anniversary of the awards scheme meant to celebrate musicians across America, Europe, and other parts of the world. Top Canadian rapper Drizzy Drake is leading with six nominations, Megan Thee Stallion and Roddy Rich followed with five nominations. The awards would be telecasted virtually on 29th June 2020, 12 am to 2 am GMT.

READ ALSO: “I Would Love To Work With Daddy Lumba” – Shatta Wale Reveals

Grammy-nominated Nigerian afro-fusion artist Burna Boy who emerged as the winner for last year's edition, South Africa's Sho Madjozi, and Innoss'B of the Democratic Republic of Congo were the only African artistes nominated in this year's edition. UK based artiste of Ghanaian descent Stormzy was also nominated as well as Ninho and S.Pri Noir from France and Dave from the United Kingdom.

For the past four years, Ghanaian artistes have been missing out except for Kwesi Arthur who was nominated in 2018 and Sarkodie who always won the Best International Flow at the BET Hip-Hop Awards. However, many music enthusiasts were optimistic of Ghanaian dancehall artistes Stonebwoy and Shatta Wale and rapper Sarkodie would be nominated considering the magnitude of work they put in their craft but it turned out negative.