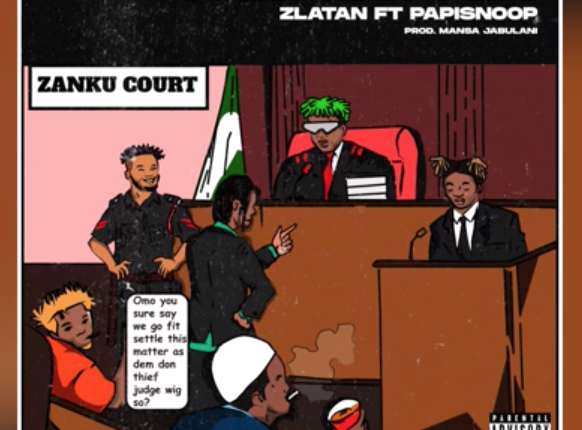 Zlatan has released yet another single on the recent twitter trend hashtagged #TheMatter. He released the brand new single not too long ago. Check out and stream or download Zlatan – The Matter audio below.

Zlatan – “The Matter” featuring Papisnoop… The “Zanku” master and lord of trends, ZlatanIbile taps into the trending ‘Solve The Matter’ twitter trend. He uses his creativity to cook something for his fans and music lovers. After recording this new banger he teased us with the snippet of the record and it became an Instant hit song! Basically everyone posted the song teaser on their timeline, they danced and vibe to the unreleased song.

After the success of the song’s snippet, Zlatan based popular Demand releases the official audio of the song “The Matter”. On the full version, he unveiled Papisnoop (a member of the Zanku To The World) as a featured artiste. The production credit of this hot single that has been disturbing our speakers and shared everywhere on social media timelines, goes to fast-rising talented music producer- Mansa Jabulani.

“The Matter” is a song that talked about the different unresolved matter/Cases brought before Zanku Court. Zlatan shared all the unsettled cases in their court, matters like; His son resembling Naira Marley, P-Square’s fight, Mercy and Tacha’s superior case, Two fathers posting one child on children’s day, Condoms are seen all over NCDC isolation centers and Ankara also been seen inside an ordered Shawarma…

You can also download Zlatan – The Matter, if you love his music or you are a fan. This one will shock you like electricity, just get ready for it.

Subscribe to our notifications to receive the latest news, gossips, and entertainment updates on your device as soon as we hit the publish button. Share this article with your friends, families, and loved ones on the various social media platforms. Thank you!

Jacinta Ocansey Biography and Net Worth

Best Friends In The World All Songs Zip

Fameye Is Set To Release 247 With KiDi