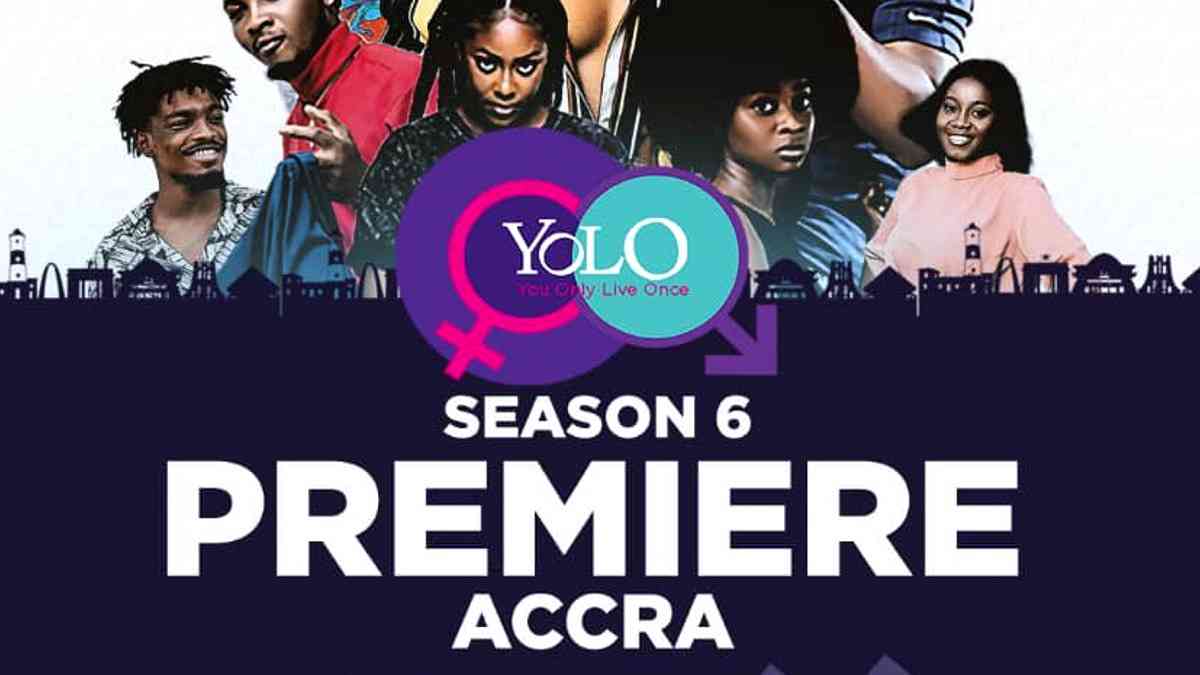 YOLO Season 6 at Accra Mall: Ivan Quashigah and his team at Farmhouse Productions have set a date to premiere the most awaited YOLO Season 6. The firs

YOLO Season 6 at Accra Mall: Ivan Quashigah and his team at Farmhouse Productions have set a date to premiere the most awaited YOLO Season 6. The first episode is set to premiere at the Accra Mall on the 20th of January, 2023.

YOLO TV Series is actually a continuation of a TV Sequel known as Thing We Do for Love.

YOLO TV Series is a teen-powered TV and Web series that is sponsored by the National Population Council in collaboration with the Ghana Health Service, the Ministry of Health, and the National Commission for Civic Education. It is funded by the UKAID and facilitated by the Palladium Group.

The television season first premiered in June 2015 after shooting its first episode. It was aired both on TV and on YouTube, a popular video streaming website. The series attracted a lot of followers as it educates and entertained the youth. The producers of the YOLO TV Series made use of real-life situations like peer pressure, dealing with STIs, preventive measures to avoid early parenthood, and many others.

After a little close to three years of break, Farmhouse Production, the producers of the now popular TV Series led by Ivan Quashigah has set a date and venue to premiere the first episode of the much anticipated YOLO Season 6 TV Series.

They reveal that on the 20th of January, 2023, YOLO Season 6 will be premiered at Accra Mall. The good news is that it is going to be free for the first 100 people that will first arrive at the venue whiles any other attendees will be charged a small fee to support the event.

If you are a fan and would like to be one of the few people to have a glimpse of the YOLO Season 6 and also interact with some of the actors and actresses that played a role in the series then this is your best bet.

If you would like a free pass at the Accra Mall Silverbird Cinema, then make it early to the gates. Be one of the early birds and enjoy. Tickets are sold at the gate upon arrival at the venue. Will you attend the Premier of the YOLO Season 6 at Accra Mall?

YOLO – You Only Live Once.