Wikipedia Adds Some Ghanaian Dialects Their List of African Languages 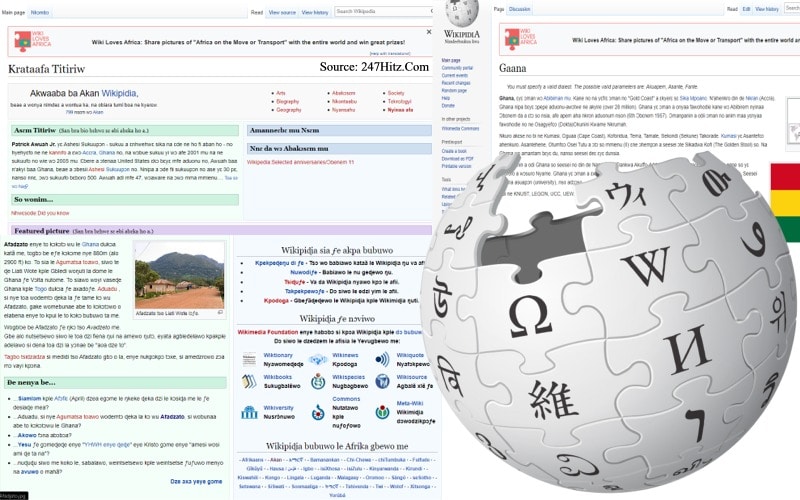 Wikipedia Adds Some Ghanaian Dialects to The List of African Languages used on their website. This means that Ghanaian contributor can now edit in some of their native languages

According to whatis.techtarget.com, Wikipedia is a free, open content online encyclopedia created through the collaborative effort of a community of users known as Wikipedians. Anyone registered on the site can create an article for publication; registration is not required to edit articles.

Wikipedia as a very large community of different languages has introduced some Ghanaian languages into their system which allows people who can read and write in these dialects to also contribute to Wikipedia.

READ MORE: How to Enable Whatsapp Dark Mode On Your Device Android & iOS.

Now Ghanaians or anyone in particular who can read and write Ɛʋɛ, Akan or Twi now has the privilege to contribute to Wikipedia – the world‘s free encyclopedia.

This probably means that the Wikipedia community is getting large in Ghana and as such the website deems it right to create a version of the online encyclopedia in the some of the Ghanaian local dialects.

You need to try these yourself if you are a Ghanaian or someone who can read any of the dialects listed below.

We believe in the future the Wikipedia website will introduce some more Ghanian dialects such as Ga, Waala, Dagaare, Dagbani, and Bono among others when it notices the high interest of the Ghanaian people as time goes on.

Below is Nana Ama McBrown’s Twi Wikipedia page. Follow the link to experience the Twi language on Wikipedia.