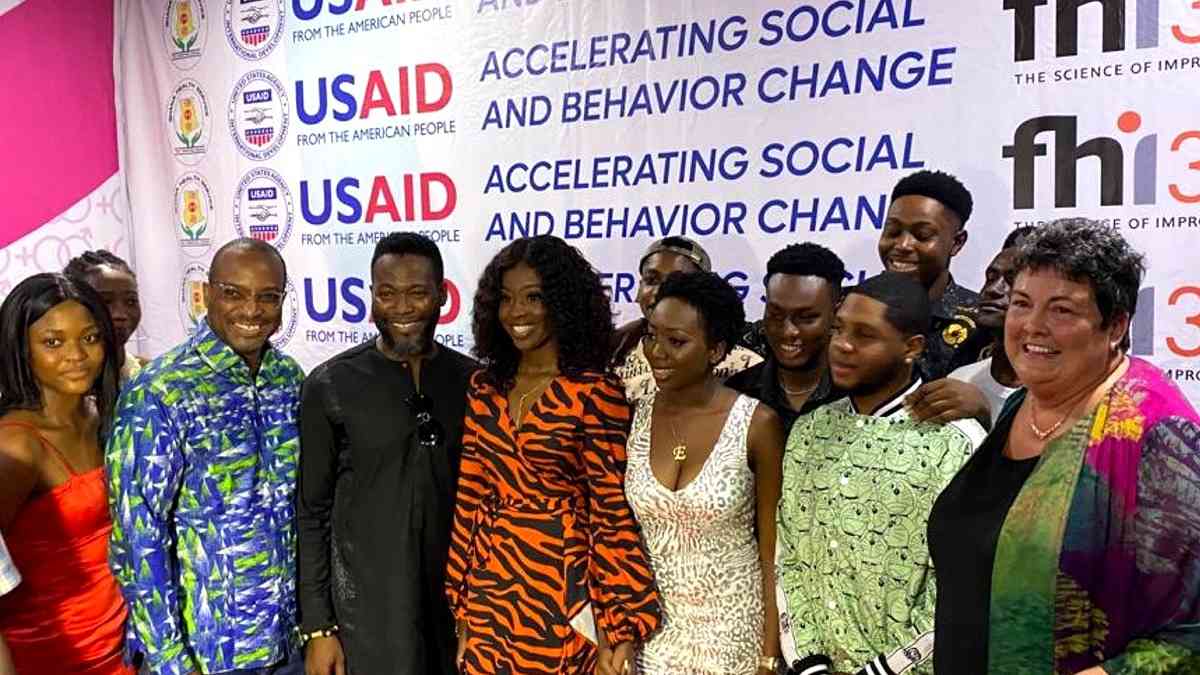 The US is excited about the Premeire of YOLO Season 6. The sixth season of the popular hit TV show You Only Live Once (YOLO) premiered on Friday at th

The US is excited about the Premeire of YOLO Season 6. The sixth season of the popular hit TV show You Only Live Once (YOLO) premiered on Friday at the Silverbird Theater in Accra, Ghana, with assistance from the Ghana Health Service and the National Population Council.

After a four-year break, the first episode of Season 6 was premiered alongside representatives from the Ghanaian government, the United States ambassador, and the cast of the show.

“The United States Government and Ghana have been close allies for many years, cooperating to enhance opportunities for all Ghanaians, particularly young people, in the areas of health, education, governance, and economic growth. We are extremely happy to support YOLO because of this”, said Ambassador Palmer at the film's debut on Friday at Silverbird Cinemas in the Accra Mall.

U.S. Ambassador Pamler on The Premeire of YOLO Season 6

The acclaimed young adult “entertainment” program YOLO is making a comeback to TV and the internet after a four-year break with assistance from the U.S. Government. YOLO explores significant health, gender, social, and cultural concerns as it follows the lives of a group of young Ghanaians throughout their lives.

The serial drama's most recent season centers on a plot set in Ghana's Northern Region, where favorite characters from earlier seasons are beginning their National Service. The show employs “edu-tainment” to challenge and instruct young people on important health concerns such nutrition, malaria, maternity, neonatal, and child health, water, sanitation, and hygiene, COVID-19, and family planning/reproductive health through the lives of the young characters in the series.

The US Ambassador, Palmer said, “YOLO is more than simply a TV show; it is a safe space where young Ghanaians can talk, debate, and set an example of beneficial behaviors that will safeguard their health and the health of their families.

With more than 30 million views on YouTube and more than two million viewers per week on television, the YOLO series has drawn a sizable and varied audience.

READ MOE: YOLO Out Takes: Psycho aka Since The ’80s Before YOLO Season 6.

Numerous national and international honors have been won by the YOLO cast and crew, including:

In order to further support the Ghana Health Service GoodLife, Live it Well campaign, YOLO Season 6 is supported by USAID, much as Seasons 3, 4, and 5. It is a part of its social and behavior change health programme.

Farmhouse Productions Limited is the producer. It will be broadcast on a variety of media, including TV3, Gh-One, NTV, YouTube, Farmhouse Movies App, as well as in Northern Regions towns and schools.

Did you find it interesting? Are you anticipating the next episode to be released? In the mean time, let's join the U.S. Embassy to Celebrate The Premeire of YOLO Season 6.  Let us know what you think about this episode and your expectations for the next episode in the comment section below.

Subscribe to our notifications to receive the latest updates about YOLO season 6 On your device as soon as we publish them.

Share this article with others so that they can enjoy it just as you did. Sharing is caring!