Table for Two: a Series of First Dates Episode 2 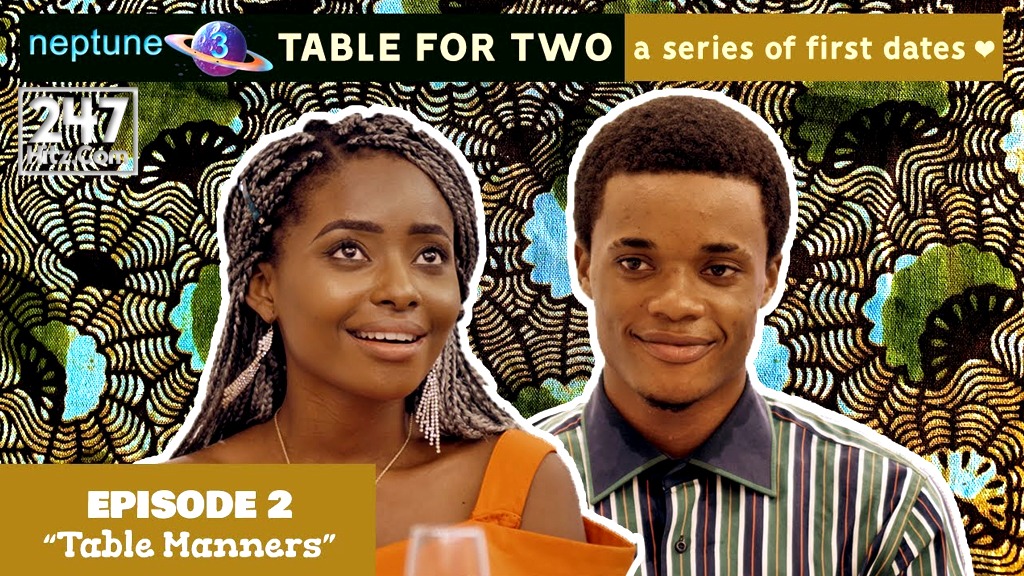 Table for Two: a Series of First Dates Episode 2 | Neptune3 Studios, producers of one of the best web series "Best Friends in The World", has premiere

Table for Two: a Series of First Dates is a dramatic, comedic look at modern dating etiquette through the eyes of the rather peculiar guests that visit Table for Two while 3 waiters and 2 students work together to attract more customers to the restaurant. Episode 2 of the new series introduced two new characters, the filming students; Bella and Benny.

The series is 10-episodes long with each episode lasting an average of 10-12 minutes per episode. It is a highly anticipated, entertaining short series created by Neptune3 Studios, the producers of the hit web series, Best Friends in the World.

The all-new series was directed by Jemima Damina of Neptune3 Studios, producers of the popular web series; Best Friends In The World.

The cast for the ‘Table for Two’ web series includes some from Best Friends in The World and some new faces too. They include Gift Etim, Desmond Bryce, Precious Bassey, Samuel Ating, Emmanuel Nse, and Jeiel Damina.

All music in the video was produced by Josiah Bassey and Epidemic Sound. For more about the series, visit: www.neptune3studios.com/tablefortwo

READ MORE: This Herb Will Draw Your Lover Closer to You and Give You Favours.

Download/Watch Table for Two: A Series of First Dates Episode 2

Meanwhile, Neptune3 Studios have announced that they have commenced the production of ‘Senior Year’ the last term of Best Friends in The World Series to finalize the story.

UPDATE: Neptune3 Studios has finally released a teaser of Best Friends in The World Senior Year to Announce the upcoming premier of the most exciting teen web series on YouTube. [[READ MORE about Senior Year]]

Table for Two Season 1 All Episodes

We would like to know what you think about Table for Two: a Series of First Dates Episode 2. Share your thoughts and comments below!

Do you love this article? Subscribe to our newsletters and notifications to receive the latest music video and news updates on your device as soon as we publish them. Share this article with your friends, families, and loved ones to help it reach others on the various social media platforms. Thank you!
Source: 247Hitz.Com