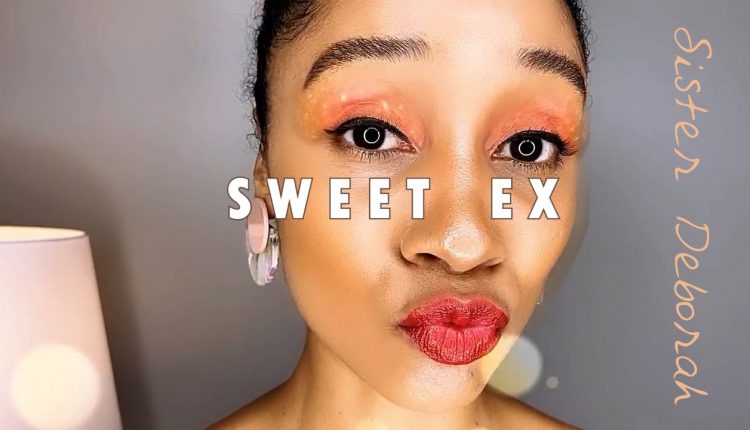 Sister Deborah – My Sweet Ex | She calls herself the “African Mermaid”. Sister Derby, known in real life as Deborah Owusu-Bonsu was once in a relationship with Ghanaian rapper Medikal which was one of the most envied celebrity-couples back then. They even made songs together since the pair were both musicians.

In 2018, there were rumours about the break up between Sister Derby and Medikal and it was all over the news. In November that year, Sister Deborah confirmed in a tweet, she is no longer in a relationship with the “Too Risky” (one of the songs they made together) hitmaker.

Guess who was Medikal’s new catch? We already know – Fella Makafui. In the beginning, as usual, social media commentators bashed Medikal for breaking up with the “African Mermaid” but later on it was rumoured Medikal came out to tell Ghanaians his reason for breaking up with the “Uncle Obama” hitmaker. It was simply because she (Sister Derby) couldn’t cook home-made dishes, mostly especially Ghanaian delicacies.

Fast forward Medikal moved on with Fella Makafui but Sister Derby wouldn’t understand why Medikal would be playing hide and seek with her anytime she see her anywhere. This made her release a song for the new love bird titled “Kakalika Love“. Sister Deborah went on to subtly tease the couple most especially Fella Makafui whom she sees as someone who stole her man (shine). It all started from there.

Surprisingly, Medikal didn’t disappoint Fella Makafui as many social media commentators had wished for the YOLO TV Series actress. Medikal tied the knot with Fella Makafui on the 7th of March 2020. It was an amazing wedding that many couldn’t believe their eyes.

Two years after her break-up with Medikal she has finally released another single “My Sweet Ex” which is alleged to be another teaser directed towards Fella Makafui, Medikal’s newly wedded wife. This came after she wished her ex, Medikal, a controversial happy birthday recently and the internet gossiped about it.

SEE ALSO: COVID-19: Wiyaala Goes Live With Her Sister to Entertain Her Fans With Live Music.

This song happens to be one f the singles of Sister Deborah’s African Mermaid Ep. Download and listen to the shades Sister Derby threw at Fella Makafui. Will Fella Makafui respond?

If you would like to receive notifications about Sister Deborah latest news and other updates in real-time, kindly subscribe to our notifications. Share this article “Download Sister Deborah – My Sweet Ex” with your friends, families and loved ones on the various social media platforms.

COVID-19: Wiyaala Goes Live With Her Sister to Entertain Her Fans With Live Music