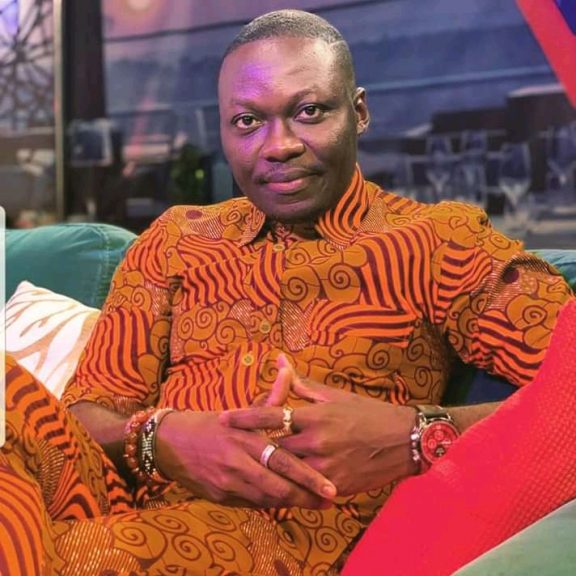 One of Ghana's brilliant minds in the entertainment industry who doubles as a communication expert and pundit Arnold Asamoah-Baidoo eulogies Shatta Movement Boss, Shatta Wale as a God in the music industry after witnessing hundreds of youth throng the premises of Despite Media to show their undying love to the music idol.

READ ALSO: “ As A Musician, You Can Survive Without A Manager” Shatta Wale Tells Ghanaian Artistes

The entertainment journalist, an ardent critic of the Melissa hitmaker, Shatta took, who was present at the interview session with Shatta Wale on United Showbiz which is hosted by Ghanaian versatile actress Nana Ama McBrown which is aired on Despite Media's United Television, took to his wall on Facebook to applaud the African dancehall king for holding the street down all these years and also being a source of hope to the streets and the ghettos.

READ ALSO: “ Don't Force Me To Release New Songs, It's Not By Force” Kuami Eugene to Ghanaians

THERE ARE STARS, SUPERSTARS & gODS!
Brethren, in all honesty, truth is just one – say it and sleep better.
This dawn, I struggled to get out of UTV premises after the show. I had to dawdle and perch somewhere because the premise was inundated with fans of Shatta Wale. After 12 am?
The fervor, enchantment, alacrity, and resolve of these fans to converge, chant, and the mob their artiste was a sight to behold.
Forget his quirkiness and all, Shatta Wale truly embodies what stardom is all about.
Only gods are worshipped like how he is worshipped by these loyal fans and this dawn, I saw one!
# celebrate # truth