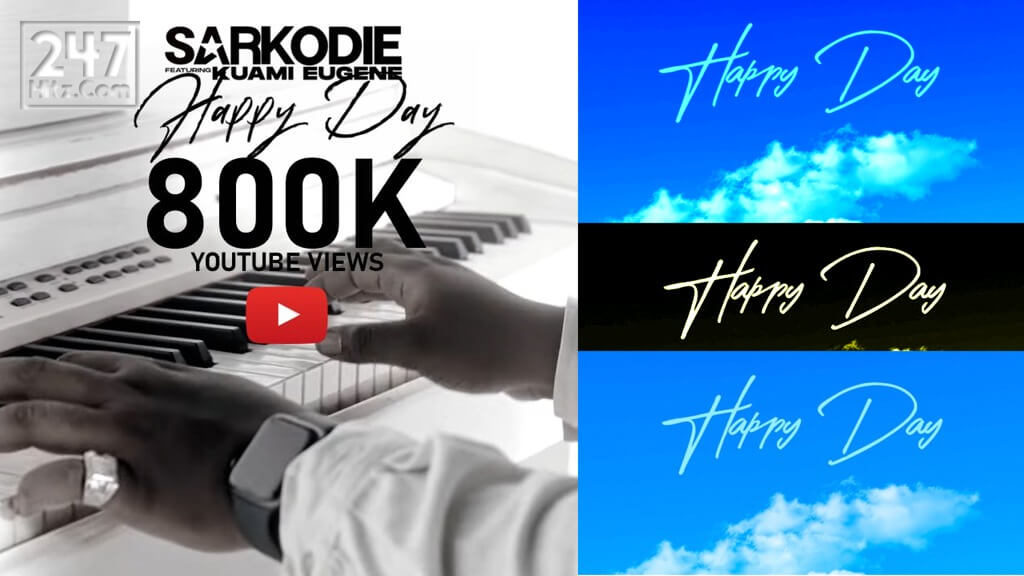 Sarkodie's Happy Day Music Video Hits 800K Views on YouTube // Sarkodie has recently released a controversial song ‘Happy Day' featuring one of Lynx Entertainment darling boy, Kuami Eugene and it is already causing a lot of traffic out there.

Many have started interpreting the lyrics of Sarkodie's Happy Day song. Some have claimed the words in some parts of the song are an endorsement of the NPP government while others think Sarkodie and his SarkCess Music team are very strategic.

SEE ALSO: All You Need To Know About Hip-Hop Lord Kobby Major.

It is of no surprise that the official music video of Sarkodie – Happy Day ft. Kuami Eugene is already attracting a huge number of views. Everything was well planned from the onset and things are really working the way they wanted it.

Sarkodie's latest song ‘Happy Day' sparked controversy among music lovers, critics, and political party faithful. Many of Sarkodie fans who belong to the umbrella party are not happy he has praised his president on his newly released single.

As of the time of writing this article, Sarkodie – Happy Day ft. Kuami Eugene's official music video has accrued over 845,345 views and still counting in just a 5days of its release. All this happened without much attention paid to advertisement and music promotion.

Below is the video that has made almost 900,000 views in 5days after it has been released on Sarkodie's YouTube channel.

We would like to know what you think about Sarkodie's Happy Day Music Video Hits 800K Views on YouTube. Leave your critics, comments, or opinions in the comments section below.

For more Sarkodie stories like this one, subscribe to our notifications to receive the latest updates on your device as soon as we publish them. Share this article with your friends, family, and loved ones on various social media platforms. Thank you.