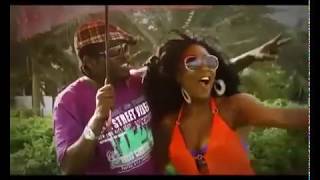 Born Samuel Ofori Amponsah and also called by others as Mr. All 4 Real is known to be one of Ghana's greatest singers when it comes to highlife music

Born Samuel Ofori Amponsah and also called by others as Mr. All 4 Real is known to be one of Ghana's greatest singers when it comes to highlife music.

He has given his listeners one hit after the other from his prime time until his partial retirement from music.

In his prime, he released hits songs which include Emmanuella, Sardine, Broken Heart, Hello Hello, Otoolege, Baby, Odwo, Nothing but Love, Lady, Alewa among many others.

Recently, a social media user drew the attention of many others to one of Ofori Amponsah‘s old hit songs which he talked about protecting his beloved even if there is doom in 2020. He didn't end it there, he talked about future wars between Russia and American.

Ofori Amponsah released the song “Hello” in 2010, some ten years ago, where he made the prediction about what is happening now. Whiles some are saying it is a mere coincidence, others believe that he knew something bad would definitely happen in 2020.

The above can be related to the current trade wars between Russia and the USA and also the current Coronavirus pandemic. Check out the music video of Ofori Amponsah's song below.

Somewhere in the middle of the video Ofori Amponsah made mention of the confusion between Russia and the USA and that he will fight to protect his love even if darkness falls in 2020 (figuratively).

Thanks for ready and watch the video. Kindly share with your friends on the various social media to support us.