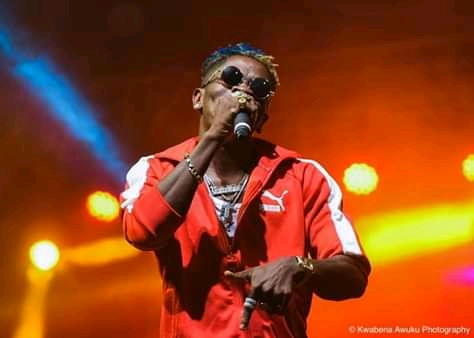 For a while now, Ghanaians have been each other's necks with respect to who the biggest Ghanaian export is among Shatta Wale and Stonebwoy. However, G

For a while now, Ghanaians have been each other's necks with respect to who the biggest Ghanaian export is among Shatta Wale and Stonebwoy. However, Ghanaian multiple dancehall artiste Shatta Wale born Charles Nii Armah Mensah has waded into the ongoing discussion.

READ ALSO: “ As A Musician, You Can Survive Without A Manager” Shatta Wale Tells Ghanaian Artistes

In an interview session with Ghanaian versatile actress Nana Ama McBrown , he opined that one of the biggest achievement of every dancehall artist is getting featured in a major award scheme in Jamaica, the home of reggae and dancehall which happens to the International Reggae and World Music Award (IRAWMA) which he can boast of having about five including an honor. So he is not perturbed when fans undermine his hard work and give plaudits to his arch-rival Stonebwoy for winning a Black Entertainment Television (BET) award which is meant to celebrate hip-hop and African-Americans in the entertainment industry.

On the flip side, the year 2020 has been very fruitful for the reggae and dancehall artists in Ghana, Stonebwoy released his album Anloga Junction which features top African and international artists as well as Shatta Wale who became the first African artist to headline a Reggae and Dancehall album compilation, Tropical Cruises To Jamaica which has featured on international mainstream media like New York Time Square.