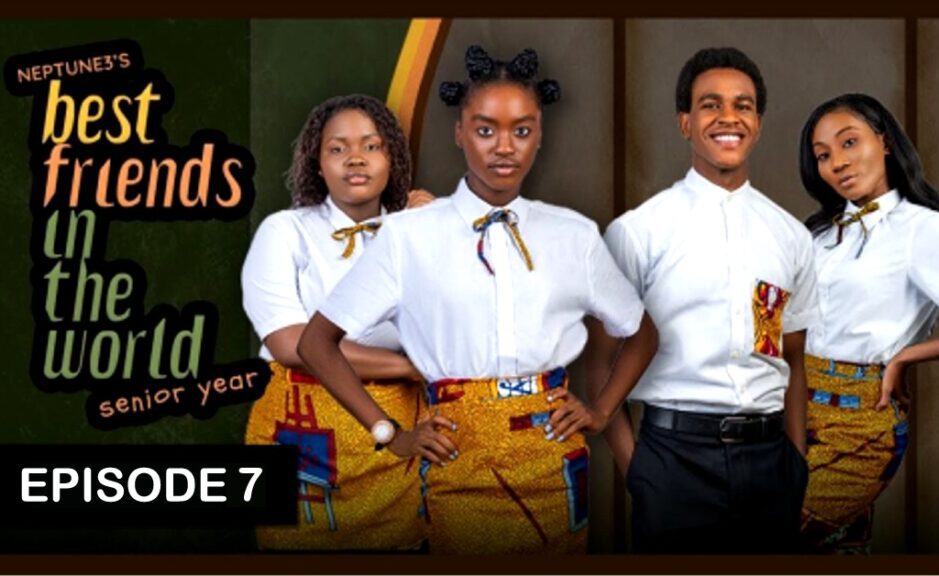 NOTE: The Official Video for Best Friends in The World Episode 7 was supposed to be released on 28th May 2022 but due to some technical challenges faced by the team they released it on the 29th May 2022 instead.

Adam and Evelyn are in their senior year at the best high school in Nigeria. They have been friends since kindergarten, but now that they're seniors, things are getting complicated.

Adam starts to feel the pressure of his position after senior students write their first mock exam and a book crudely rating female student’s bodies comes to light.

An inseparable trio discover that their bond is indeed breakable as they juggle personal/career ambitions, family expectations and matters of the heart in their final year of secondary school.

Will their friendship survive their senior year?

Evelyn is finally admitting to herself that she has feelings for Adam, but she is afraid to tell him because he has been acting strange lately.

Adam has been spending a lot of time with his new friend, who happens to be Evelyn's biggest rival. He isn't sure if he wants to stay friends with Evelyn anymore because she has been acting strange lately too.

What will happen in this episode? Find out on Best Friends in The World Senior Year Episode 7 by Neptune3 Studios! Watch now!

Kindly leave your comments and suggestions in the comments box provided below. What do you think about Best Friends in The World Senior Year Episode 7?

Hope you found this article useful? Kindly share it with others on various social media platforms and instant messaging app.

Subscribe to our notifications to receive the latest updates on Best Friends in The World Senior Year and other related interesting web series.