A Big Win For Ghana : This Is How Sarkodie, Stonebwoy, Samini, Celebrities And Industry Players Celebrated Shatta Wale. 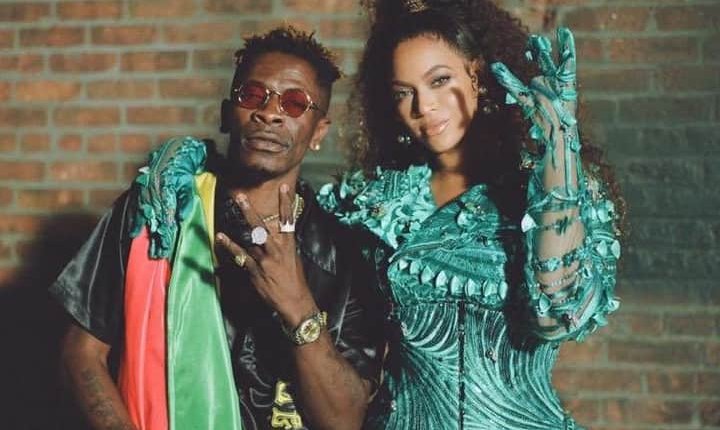 Ghanaian multiple awards winning dancehall artiste Shatta Wale made Ghana proud after his feature on Beyonce’s Lion King: The Gift album. The audio version of the album was released last year which become a major break for the African entertainment industry on the global scene.

The album featured notable African talents like Shatta Wale, Burna Boy,  Wizkid, Yemi Alade, Mr. Eazi amongst other artistes for which Ghana’s Shatta Wale was featured on Already, dancehall and afrobeats infused single which was voted for as the most popular song on the album after a poll organized by Billboard.com. The song has amassed over fifty million total streams on all digital platforms.

Earlier this year, Ghana woke up to great news about the release of the visual representation (music videos) of the album alongside a movie which was inspired by the album, Black Is King, which was written by Multiple Grammy-winning artist Beyonce. Prior to the release of the movie on 31st July 2020, the video of Already featuring Ghanaian music mogul Shatta Wale has been released to the usher the movie to greatness. In the past weeks, the snippet of the video was released by Beyonce which amassed over 30 million views and over 5 million reactions on social media.

The release of the video has seen many Ghanaians and Africans in general congratulating their countryman for achieving this great feat. Ghanaian celebrities and industry players can not hide their moment of ecstasy as all have under one umbrella, despite having had a lot misunderstanding with Shatta Wale a couple of times, to celebrate the leader of the cult fan base Shatta Movement.

These are the reactions of some celebrities and industry players on social media.

This is by far the biggest thing to ever happen to Ghana music! Thank you @shattawalegh 🇬🇭🇬🇭🇬🇭🔥🔥🔥🔥 pic.twitter.com/8iIXoCHgFZ

In all of this as well, we need to give it to @shattawalegh for his tenacity, ambition, his mindset and his GUTS. One day and if both Shatta & Leslie allow me, I will chronicle a bit of the happenings prior to, during the recording and one major incident that pic.twitter.com/sGUuDNIFiz

Big up our brother @shattawalegh for putting Ghana on the global map alongside @Beyonce . This is history for the motherland Ghana 🇬🇭🙌🏾🙌🏾 https://t.co/oeyaeDBMmB

@shattawalegh for Beyoncé to do the tin with the hand .. #symbolofhope

The incomparable Beyoncé does it again!!!!!!!! @shattawalegh continues to work, work, work! This is a historic moment for him and Ghana!

One of the directors of Beyonce’s Black Is King movie, who is a Ghanaian based in the USA

My Ghana Brother @shattawalegh !!!!
Both Madina and Nima shining on BLACK IS KING.
You love to see it. 🇬🇭👑 pic.twitter.com/lIKXrDPiCG

Couldn’t wait to see this happen. Huge congratulations @shattawalegh this is really EPIC!!!!!!

This is a big win for the Ghanaian music industry.